Type 1 diabetes, basic cause: absence of natural insulin due to beta cell destruction

New proposed classification of diabetes: (original article at this link)

Insulin receptors allow for insulin to bind. These are tyrosine kinase receptors. On binding of the ligand, there is dimerization and phosphorylation. This allows for the phosphorylation of insulin receptor substrates, (IRS). This can then go downstream to activate, MAP kinase pathway or PI-3 kinase pathway. One of these signals is for the insertion of insulin-sensitive GLUT receptors that cause the uptake of glucose.

It is necessary/recommended that this be studied along with the apoptosis pathway, for one better understand the role of insulin and glucose uptake in the maintenance of health and an anabolic state. 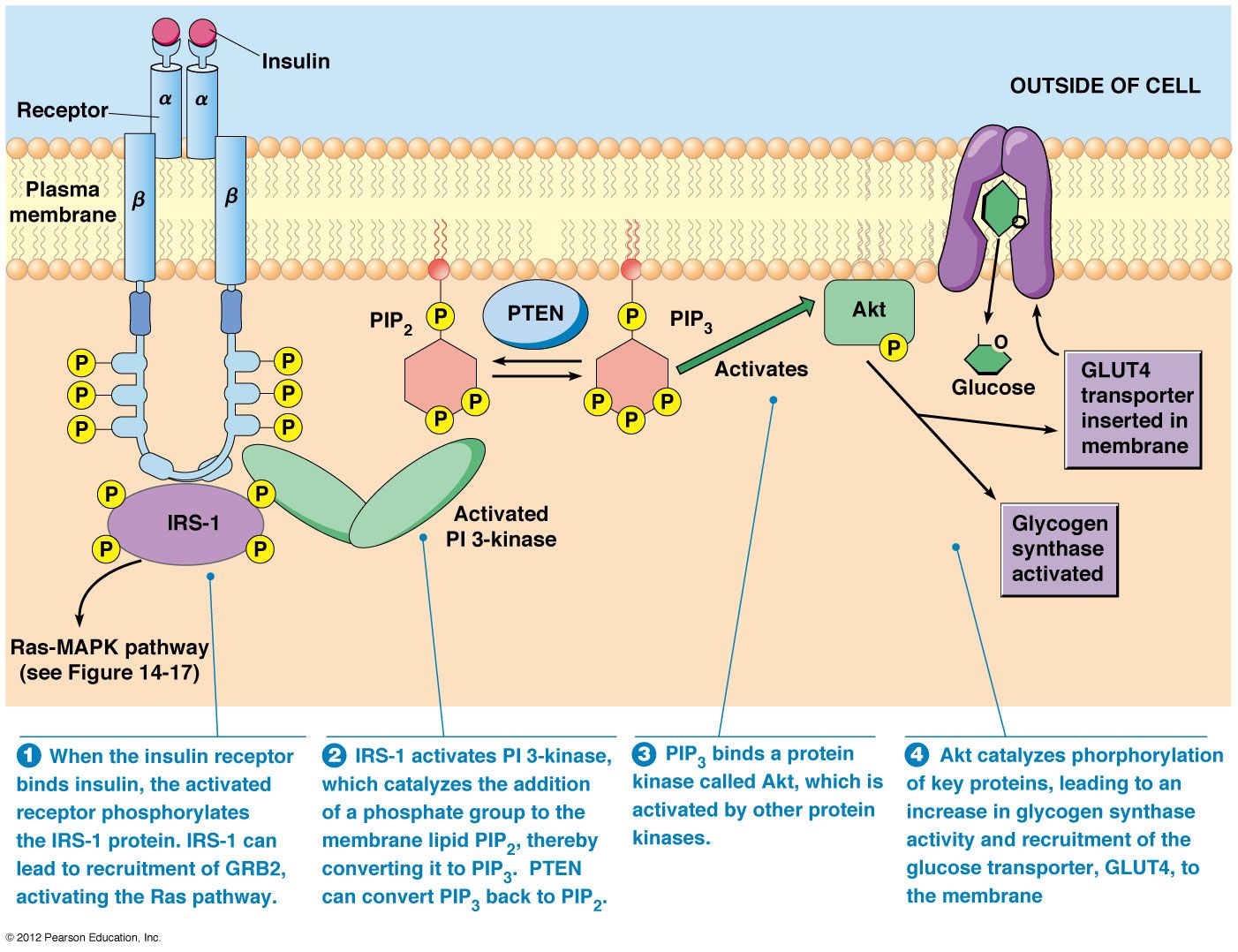 Drugs belonging to the Sulfonylureas class work by artificially blocking the ATP sensitive K channel similar to the manner in which ATP would. Thus, causing depolarization and release of insulin. The Sulfonylurea receptor is referred to as “SUR”.

Meglitinides work in the same manner. There is an overlap of their binding sites. Nateglinide is the better agent among these classes due to its ability to restore the initial insulin response to glucose release in blood. A hypoglycemic risk is also low with this drug.

These drugs work to act and inhibit the enzyme DPP 4. This enzyme normally works to prevent the syntheses Glucagon-like peptides. But when DPP4 inhibitors are used the enzyme is blocked and glucagon-like peptide levels rise to allow more insulin to be released. URTI is one of the adverse effects.

Mechanism of thiazolidinediones: Unlike other drugs these drugs work by genetic modulation, meaning they cause alteration of genetic expression. They bind to PPAR- gamma. They alter the expression of proteins involved in glucose and fat metabolism. The PPAR-gamma is found in muscle, adipose and liver cells. It is possible that their primary target is adipose cells where they promote glucose uptake.

Mechanism of action of biguanide, Metformin:

Metformin causes the inhibition of glucose production in the liver. There also other suggested mechanism that is of minor significance mentioned in certain texts such as, delayed glucose uptake from intestines, causes glycolysis in tissue among others.

One of the best oral agents of diabetes, what it can do still no other drug has been able to do. Newer uses for it are currently begin investigated (PCOS, TB). It is said to be an agent that can prevent a prediabetic from turning into a diabetic.

These work by inhibiting the enzymes found in the intestinal brush border such as sucrase, maltase, dextranase that help in the uptake of monosaccharides.

They are useful to a small extent, often never used and cause stomach upsets.