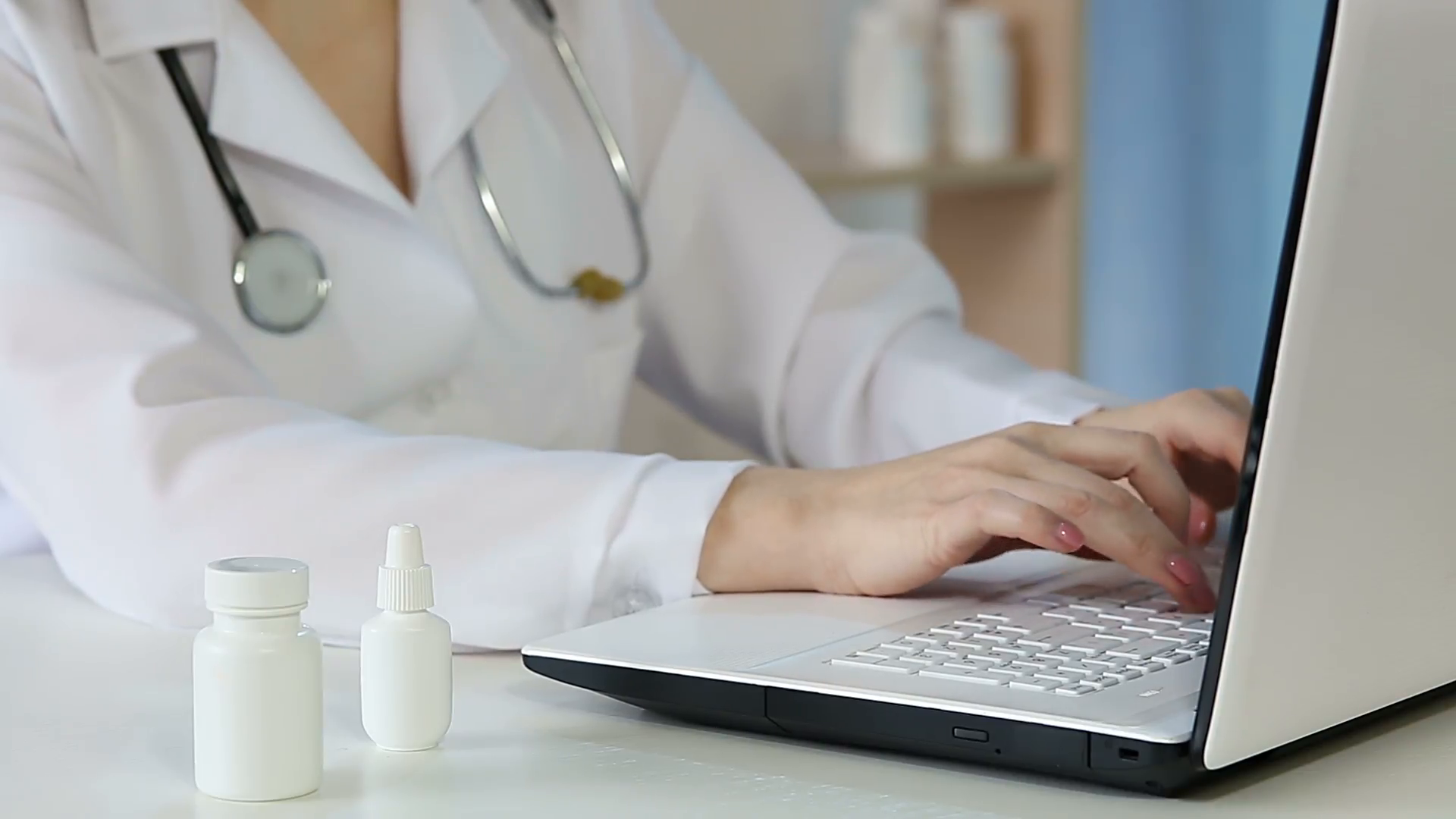 It is a state of unpleasant sensory and emotional experience associated with actual and potential tissue damage or described in terms of such damage.

It is an essential response of our body to warn us or signal us of potential injury. The most common types of pain occur in the back ( lower ), headache, and joint pain. About 1/3rd of people with chronic pain describe it as disabling type.  A lot of people all over the world give pain as the chronic reason for being absent.

The pathophysiology behind the how pain is perceived and the signals are transmitted is very complex, therefore it’s not really needed at a pharmacist’s level who might be giving licensing exams. To know the drugs and mechanisms are more important. Though I will try and cover up some aspect related to the physiology to it.

Pain is very subjective and its very difficult to rate it and also understand how the patient might perceive it.

Acute pain has an easy route and causes to it. It can be understood and the course of it can be determined relatively faster than chronic pain. The pain can go away in hours or within minutes too as the injury heals. In many patients, emotional distress and disturbances in vital signs have been observed too. Like changes in pulse rate, tachycardia- increased heart rate, and tachypenia- increase in breathing rate.

Chronic pain serves no biological purpose, it is a persistent pain that can last very long and can cause emotional disturbance too.

Risk factors are like- Female gender, age, genetics, or abuse, bad experiences are all accountable. Chronic pain can be further classified based on mechanisms or symptoms.

Musculoskeletal or inflammatory pain – associated with constant, aching pain, mediated by prostaglandins (these prostaglandins are the main chemicals which will be targeted by drugs to block them). Pain can also be more localised, as in and around the joints or tendons or may be ligaments, which is common in sports injuries.

Neuropathic pain- tingling sensation, stabbing, or shooting pain, some patients also describe it as bugs crawling on the nervous system.

Visceral Pain- can have a vague presence, the enteric and autonomic nervous systems are involved in it. Some patients report pain in the absence of any tissue damage, however, the pain is real. It’s also called dysfunctional pain

There are numerous scales to rate the pain but the patient has the most useful tools to help you understand the pain.

Children and patients with cognitive problems or hearing problems will be difficult to be assessed.

Many times physiological reasons can’t be found, so a psychological evaluation needs to be done. Stress and anxiety can cause a lot of physical issues which a patient cannot think of, and it is the case most of the time.

Drugs and their actions

Acute pain is managed very effectively with NSAID ’s, some of the drugs of choice are given below.

These are the most common drugs used in general as a first line management for most of the cases, where a specific cause cannot be determined as first.

After the cause has been established, a more precise approach is needed.

This is a common drug sold over the counter without any prescription in many countries, its well tolerated and the dosing is easy to understand. It’s been under the clinical use for more than 50 years now, but the mechanism is not yet clear.

Inhibition of prostaglandins is the most widely accepted theory, but certain studies in animal models have shown, endocannabinoid and serotonin neurotransmitter systems that are active in reducing the pain (Tjolsen et al., 1991, Hogestatt et al).

Oral bioavailability is somewhere around 60%, and the t1/2 is short around 2-4 hours.

Patients are often frequently administered because of the shorter half life.

The liver metabolises most of the drug, and the undergoing phase is phase II conjugation with glucuronic acid.

The liver toxicity happens when a large amount is taken, more than 4 gram a day and the glucuronic acid stores and glutathione become lesser, leaving NAPQI in excess, this excess amount can cause the liver toxicity.

Adults with lower body weight are at more risk of liver toxicity. Hence the weight has to be taken into consideration. 15-20 mg/kg- for dose calculations is done to calculate the dosing to be on the safer side.

Paracetamol is a common component in many common flu medicines, so if taken with other analgesics, usually opioids, it can cause an additive effect.

Cyclo-oxygenase exists in two forms, cyclooxygenase-1 and cyclooxygenase-2, COX-1 is a constitutive enzyme that is expressed under normal conditions in a variety of tissues, like GIT and kidney, where it acts like a catalyst to form prostaglandins required for performing homeostatic functions. It does not have a role in nociception or inflammation. COX-2, on the other hand, is inducible, it appears when there is an injury and leads to the formation of inflammatory mediators, prostaglandins in these tissues. COX-2 selective drugs should inhibit the mediators without affecting COX-1. There use is leads to lesser GI adverse effects but it is also linked with more CV events, which has been a limiting step to their potential.

These are prescribed frequently either alone or in combination with other analgesics, it has a wide spectrum of pain related disorders for which it is prescribed. Three classical drugs are mentioned in this section.

A prototypical drug in this group, it is used in cough syrups and has a similar structure to morpine. When taken 10 % of codeine is changed into morphine and this changing of the drug is partly responsible for its analgesic activity.

In combinations with NSAID’s the effect is often additive but a certain degree of variability can be seen.

For mild to moderate pain- 15-60 mg orally every 4 hours as needed, maximum 360 mg/day. When a patient is on an opioid, the doses have to be reduced slowly and then tapered off, a sudden stop can cause withdrawal symptoms to appear.

Most common adverse effects can be – Constipation, Nausea, Vomiting, and Dyspnea.

It’s contraindicated in patients with respiratory problems such as asthma, and children below the age of 12 years of age. This can be a potential question asked in the exams. As a pharmacist, we should have an eye for adverse effects, not just recognizing them but prevention too.

If you go down into the history, this molecule was prescribed along with paracetamol, (co-proxamal).

Its analgesic activity is barely more than placebo, and lesser than aspirin. Long term, a patient can develop some toxicity.

Poor renal and hepatic function can put a person at risk while he or she is on this drug.

It is associated with overdose, and cardiac depression, toxicity can develop overtime , possibly a non-naloxone reversible depression of the cardiac system. In UK, it’s still available , even after European Medicine Agency announced its concerns about it in 2005.

A very classical example of strong opioids. Different routes of administration is available for it, its duration of action can be up to 4 hrs. A bolus injection of 2-5 mg can be given for rapid pain relief, and then the dose can be titrated till the relief is achieved. There is not much ceiling effect seen when the dose is increased. For patients who have cancer daily doses go upto 1 to 2 grams, but rarely doses go more than 200 grams. Its metabolite – morphine 6- glucuronide is an active metabolite and should be taken into consideration if the patient has renal problems.

A usual dose is 5- 10 mg every 4 hours, and the same dose can be taken if the relief is not achieved.

Morphine is basically a very standard drug against which other opioid analgesics are judged, no other drug has such sustainability and consistency, when given orally as morphine.

It can produce euphoria and also a sense of detachment, hence this side effect is also used in cases of anxiety and anguish. However its sedative action can last for 7 days during the treatment and hence its not recommended for sedative use.

Some patients who also have gastric spasms or constipation, morphine can aggravate it, hence it can create more problems for them, although some laxatives can be added.

Renal impairment can interfere with the duration of action because 90 % of it is excreted renally. Hepatic impairment doesn’t do much harm unless its severe. The metabolite morphine-6-glucuronide can get deposited and over time can cause toxicity.

It’s a synthetic opioid, and it is preferred for anesthesia because of its shorter onset of action. It has minimum effects on cardiac system, and it wears off rapidly after bolus doses. It does not release histamine so the direct effects on cardiac system is reduced. This is the prime most reason why high doses are used for patient’s undergoing cardiac surgery.

High doses can cause neuro excitement, but seizure-like activity is rare. Fentanyl can be used intrathecally, intravenously, or epidurally (injection of anaesthesia around the space of the spinal cord). Intravenous use is more popular after the operation or surgery. Fentanyl is 100 times more potent than morphine.

Fentanyl is also combined with a local anaesthetic to reduce the adverse effects of both the opioid and the local anaesthetic, which is motor blockade (local anesthetic) and opioid (urinary retention, itching, and delayed respiratory depression)

Remifantanil is a similar drug which is used for the same cases, but the seizures are often seen, and this drug was developed mainly for more rapid onset of action in cases of short and painful procedures where stress on the patient is more. It is metabolized by plasma esterases, and hepatic system has no effect on its metabolism. Reversal of effects can be seen within 15 minutes even after 3-4 hours of continuous infusion.

Where rapid recovery is needed, remifentanil is used, bolus administration of doses is impractical to be used, due to its short duration of action. Intraspinal usage is prohibited, cause in the formulation glycine is added which is an inhibitory transmitter in dorsal horn (the posterior grey column of the spinal cord, it is responsible for several sensory perception, like touch, proprioception and vibration)

A long acting mu receptor agonist. Remember the types of receptors, because they can be asked in exams, for example which drug can act on which receptor. The L-isomer is more potent than the D isomer and hence the action is almost 8-10 times more. The D-isomer has lesser activity on respiratory system and doesn’t act much as a depressant, but it does act as an antitussive (a drug used to prevent cough). It has lacks addiction liability also. 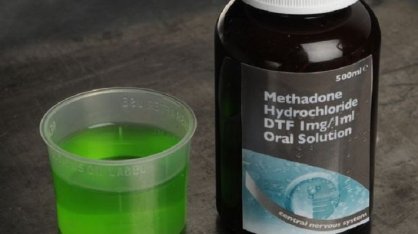 Some of the good points which this drug has can be the following points.

Peak concentration is reached within 4 hrs, and it can be detected in plasma within 30 mins.

Its half-life is long, around 15-40 hours, and it undergoes transformation majorly in liver.

Some known side effects can be- lymphocytosis, sweating, increased concentration of globulin, and prolactin, or albumin.

Prolongation of QT syndrome, and it has also been seen to be additive with other agents which can give prolonged QT syndrome.

Oral dosage is 2.5-10 mg repeated every 8-12 hours as needed depending on the severity of the pain. Two things have made it a hero to treat heroine, longer bioavailability and longer T ½.

Tolerance to nausea, anorectic, miotic and cardiovascular effects can be seen.

A piperidine derivative which can slow down the gastro intestinal tract motility, it affects both the circular and longitudinal muscles of the intestine, which may be due to interaction with the opioid receptors. It can cause cramps and little tolerance develops to its cramps. It has poor abuse potential and large doses also do not gives opioid effect in a patient. It is mostly used to control chronic diarrhea.